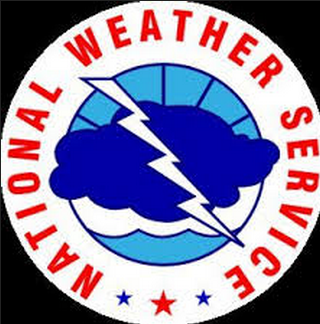 All the winter storm advisories, alerts, watches and warnings that we’ve had lately can be confusing.

The National Weather Service does a great job of disseminating weather predictions but sometimes it can be hard to know just what is what.

So, for your future reference, here’s a weather lingo tutorial.

A watch means conditions are right for dangerous weather. In other words, a “watch” means watch out for what the weather could do, be ready to act.

When a severe thunderstorm, tornado or flash flood watch is in effect, it means you should watch the sky for signs of dangerous weather. Sometimes a severe thunderstorm, a tornado or a flash flood happens so quickly that warnings can’t be issued in time. Many areas don’t have civil-defense sirens or other warning methods. People who live near streams that quickly reach flood levels should be ready to flee at the first signs of a flash flood.

A warning means that the dangerous weather is threatening the area.

For severe thunderstorms, tornadoes and flash floods, a warning means the event is occurring. Since tornadoes are small – a half-mile wide tornado is considered huge – a tornado will miss many more buildings that it hits in the area warned.

Still, a tornado warning means be ready to take shelter immediately if there are any indications a tornado is approaching. Severe thunderstorms are larger, maybe 10 or 15 miles across.

A hurricane warning means either evacuate or move to safe shelter.

A winter storm warning means it’s not safe to venture out. If traveling, head for the nearest shelter.

How weather alerts are issued

Before watches and warnings are issued, the National Weather Service, private forecasters, newspapers, radio and television normally try to alert the public to potential weather dangers.

But forecasters can’t issue alerts for the danger of severe thunderstorms, tornadoes and flash floods that far ahead. Usually, the Storm Prediction Center sends out alerts the day before dangerous weather is likely. Most television weathercasters highlight these alerts on the evening news the day before threatening weather.

A weather radio is one of the best ways to stay tuned-in to dangerous weather. These radios receive broadcasts from the National Weather Service. The broadcasts are from weather service offices.

Broadcasts include ordinary forecasts of several kinds, including for boating, farming, traveling and outdoor recreation as well as general forecasts for the area.

The stations immediately broadcast all watches and warnings. Some weather radios have a feature that turn on the radio automatically when a watch or warning is broadcast. Such “tone alert” weather radios are highly recommended for places where large numbers of people could be endangered by tornadoes or flash floods. These include schools, nursing homes, shopping center security offices, hospitals, and recreation areas such as swimming pools.