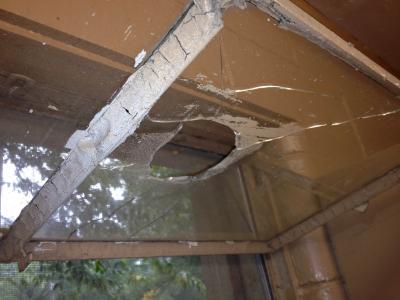 People wonder why we prefer boondocking over campgrounds. Here’s why: Too many campgrounds are dirty.

Not all. But way too many.

In the bathrooms, there are almost always spiders, bugs, things in the toilets and stalls that disgust you, broken windows, mold, rusty pipes, grimy sinks. In Mississippi earlier this year, one of the showers I used this year had a cracked floor. When you stepped on it, blank gunk seeped out around your feet.

In Missouri, a long broken and unrepaired window had the restroom filled with moths, beetles, flies and mosquitos.

In Nebraska, a campground where we stayed last summer had clogged toilets. The dump station black water tank was overflowing.

Then there are the lots. Too often they are worn and trampled dirt that turns to mud every time it rains, with no grass or concrete. In Estes Park, CO, last year, a supposedly top-rated campground put us in a gravel parking lot. Five minutes after we arrived, our coach was covered in dust and we had to shut all the windows. I complained and the owner told me he makes an extra $20K a year putting people on the gravel when his other spots are filled and it’s worth the complaints to get the extra cash. AT least he was honest.

The utility hookups at many parks need to be checked as way too many deliver erratic power. Water faucets drip. Dog droppings are uncollected and litter the edges of the camping spaces.

It’s our experience that private campgrounds are generally the worse, though we’ve noticed that budget cutbacks in state and county parks have fewer people doing maintenance and clean up in government-run parks, too.

So we boondock. While on the way to a destination, a Walmart or Cracker Barrel parking lot is usually preferable to a campground, we have found. Our Roadtrek eTrek has its own shower, its own bathroom and provides its own electricity.

The campground guide books and apps are not much help. We’ve found campgrounds rated by the guide books at four stars to be pig styes. I have long suspected that the higher the rating, the more the campground spends on advertising. Maybe not. But the discrepancies of what we’ve experienced and what the guidebooks say are too often too far apart.

Reviews from other campers help.

But generally, we avoid most campgrounds. 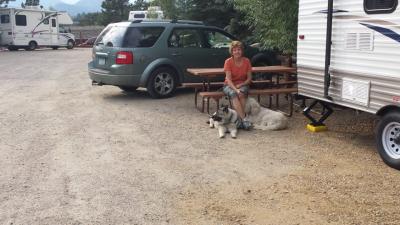 This Colorado campground puts you in a dusty parking lot. 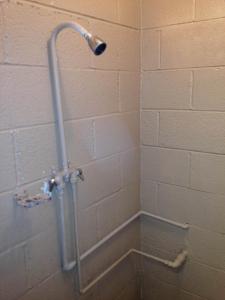 Nice shower, huh? The water that came out was rust covered. 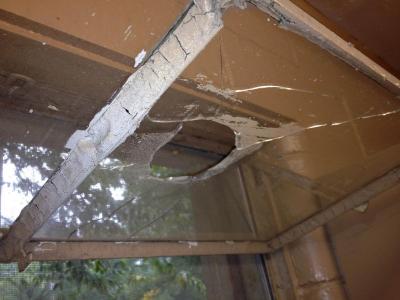 A broken window in a campground restroom in Missouri.