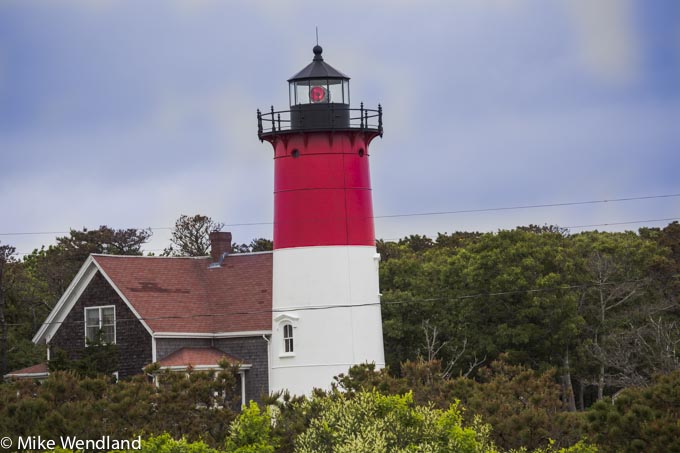 I confess to being a bit of a snob about the east. My journalist days often took me up and down the eastern seaboard, mostly to big cities where crime, decay, overcrowded neighborhoods and a general malaise of discontent seemed to be the chief characteristic of the people and places.

So it’s good to visit the east now in an RV, where we have time to see the land and marvel at how wrong I was.

It’s drop-dead gorgeous and, even on the turnpikes and interstates, the route we took to Cape Cod revealed wide open spaces, beautiful rolling hills and mountains and little towns and villages peppered with antique shops, the pleasant lines of New England architecture and history everywhere. We need to come back and spend more time.

But our destination was the Cape and here we are, attending the FMCA Roadtreking International Region 2 rally held at the Sweetwater Forest Campground in Brewster, MA. There are over 100 Roadtrekers here for this event and getting to meet many for the first time has been a joy.

The campground is huge, with private full hookup flat spots nested in trees amidst a hilly forest.

“I look so forward to just hanging around the camping spot, just sitting and relaxing,” I told Jennifer as we pulled in.

She was silent for a second.

“I don’t think so,” she finally replied. “After you drive me half way across the continent to a place surrounded by what are supposed to be the most beautiful beaches in the world, I don’t think ‘just sitting around’ is going to be on your agenda.”

So bright and early the next morning, we made our way to the Atlantic shore.

The Cape Cod National Seashore was our destination, 40 miles of pristine sandy beach, marshes, ponds, and bicycle trails along the Atlantic-facing eastern shore of Cape Cod. We drove the whole seashore, stretching from Chatham to Provincetown, At numerous places we pulled off, and walked portions of the beach, touring an old Life Saving Station at the tip of Cape Cod, and taking in both National Parks Service Vistor Centers. There’s plenty out here for history buffs, too, with sites associated with the Pilgrims, Marconi’s first transatlantic wireless station and numerous lighthouses.

Shipwreck lore abounds on the cape. So many ships have piled up on the hidden sand bars off the coast between Chatham and Provincetown that those 40 miles of sea have been called an “ocean graveyard.” Indeed, between Truro and Wellfleet alone, there have been more than 1,000 wrecks. In the early 1800s, there was an average of two wrecks every month during the winter. The loss of life seemed especially sad when a sailor managed to get ashore on a winter night only to freeze to death after he got there. In 1797, the Massachusetts Humane Society started putting up huts along the most dangerous sections of the Massachusetts coast in the hope that stranded sailors would find them and take shelter. It was not, however, until 1872, that a really efficient lifesaving service was put into operation by the United States government. Stations were erected every five miles on the beach.

On November 11, 1620, the Pilgrims got their first look at the New World when they saw Cape Cod. In Provincetown, there’s a huge monument commemorating the Mayflower Pilgrims’ first landing in the New World in Provincetown. Here the Pilgrims spent five weeks exploring the tip of Cape Cod, before they sailed on to Plymouth. They also drew up and signed the Mayflower Compact, which established the rule of law for the new land.

In the waters within sight of shores you can often spot whales, pretty much every season of the year. Three different species are prevalent. Signs warn swimmers and waders that Great White Sharks are also plentiful in the water, coming to feed on the seals. The signs suggest people not swim with seals present. Good advice..

We drove over to the Nauset Light at low tide and spent a delightful couple of hours watching seals bob in the surf. They seemed to be watching us as curiously as we watched them.

If that red and white lighthouse looks familiar, that’s the one you see on the familiar Cape Cod potato chip bags sold nationwide..

Growing lush and wild are Cape Cod beach roses in beautiful and fragrant whites and reds. Back off the beach a bit, rhododendrons grow as high as house rooftops. Cranberry bogs can be found in Brewster.

The cape also the place that, next to Walden Pond, most captivated Henry David Thoreau. I love this description of the place: “The restless ocean may at any moment cast up a whale or a wrecked vessel at your feet. All the reporters in the world, the most rapid stenographers, could not report the news it brings.” That’s from his book on Cape Cod, published in 1850′s.

I thought of Thoreau as I stood ankle deep in the frigid waters of the Atlantic (it won’t warm up for another month yet), gazing out to the east and remembering my favorite quote from the naturalist/philsopher/poet/historian. Of these waters and this very shoreline where I was standing he wrote: “A man may stand there and put all America behind him.”

I turned around, looking west at rolling grass covered and flower studded sand dunes. Beyond them, it’s 3,000 miles to the Pacific, where in a few months our Roadtreking travels will also take us, God willing. What a vast country this is, hemmed in and surrounded by these great oceans.

Our visit to the cape couldn’t have come at a better time. The beaches in early June were all but deserted during the week. School out here doesn’t get out for summer for another 10 days. After that, the place fills up with vacationers from Boston and New York, the roads are congested, beach access fees are charged.

But this week, in early June, it was very much like the place Thoreau gushed over.

One warning: Ticks. This is a particularly bad year for them on the Cape, and, indeed, throughout the eastern seaboard. We picked two of them off Tai after a five minute walk. The photo is one of them that was crawling on me, and I didn’t even stray off the beach path.

In Provincetown, we stopped for lunch and had the best lobster rolls we ever had.e worse, too, since it was the first time we ate the iconic Cape Cod fare. Alas, the second description seemed to apply the closest as Jennifer and I both got sick within an hour after eating the rolls. Fortunately, we were better by the time we returned to the campground and joined other Roadtrek International campers for dinner.

That evening, Jennifer and I spoke to the group, showing “The Making of a Roadtrek” movie we recently finished and then sharing our experiences in over 60,000 miles of Roadtreking over the past two years.

The Cape, our new RTI friends and delightful weather made the trip east a time of relaxation and fun.

We’ll be back. Now it’s off to discover the rest of the country.

Come back tomorrow to learn about our next adventure, a 3,500 mile tour of the Great Lakes shoreline.

View the entire Cape Cod: Where all of America is behind you album
Sign in to follow this
Followers 1