Come with us as we go to see the thing. Do you believe in extraterrestrials? 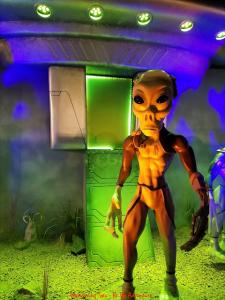 If you have driven I-10 through New Mexico and Arizona you had to be asleep not to have seen sign after sign advertising "The Thing."  For three hundred miles bill boards tease and entice you with things like "See the Mystery of the Desert" or "What is it?" Well, I'm happy to say I have the word "Sucker" written on my forehead. We paid our money and willfully, dare I say happily went into "The Thing Museum" and had a ball viewing all the exhibits.  Do you believe in alien life? Are you at least open minded about it? I'm not talking about folks that are crossing our borders, instead I am talking about the extraterrestrial kind of alien.

Once inside the museum, the signage extols "What if....the conspiracies, cover-ups, and concealment's are true?  What if.....the conspiracy theories are based on the truth."  How could you not want to go and see what they offer? 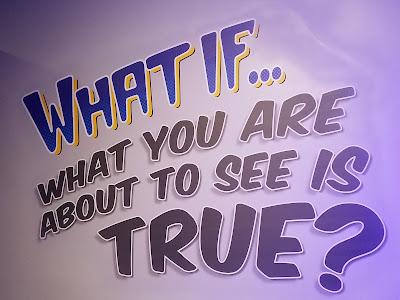 The creators of the "museum" were very careful to frame every claim with a "what if," but their hypothetical situations were both funny and fascinating.

Dinosaurs Were Once Ruled by Aliens From Another Planet?  Say Whaaaat? 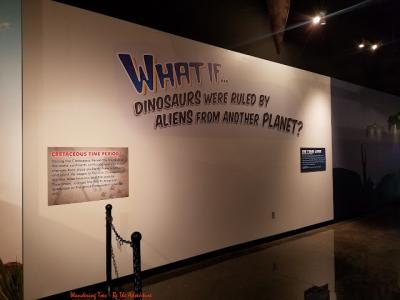 Must Be True. I Mean, Someone Built a Museum About It After all 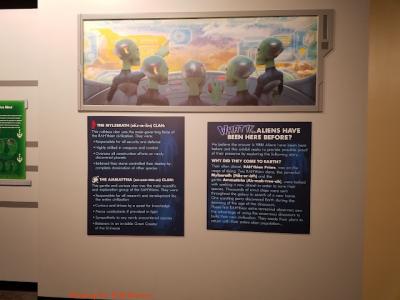 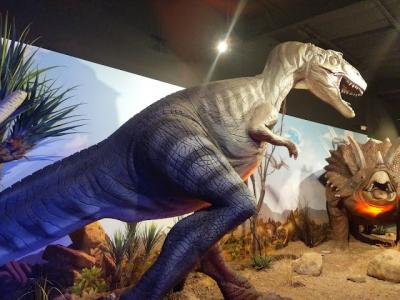 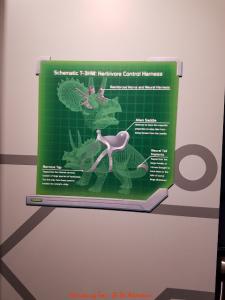 Yes folks, what if there were aliens here from another planet that used mind control to control the dinosaurs?  And then the dinosaurs figured out that they were being controlled and turned on their masters?  So the aliens sent an asteroid to make the dinosaurs extinct. 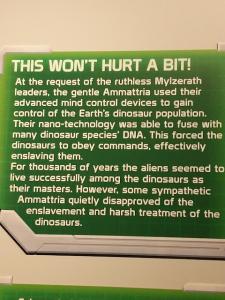 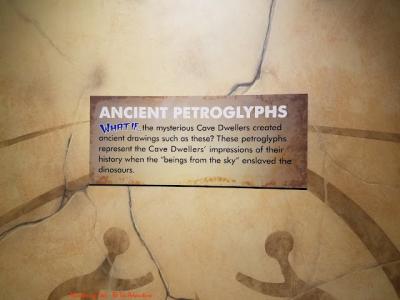 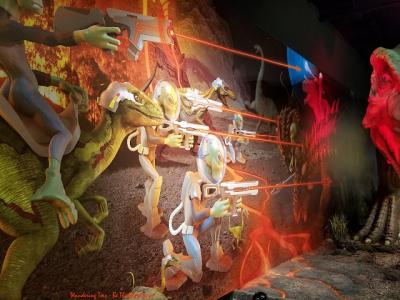 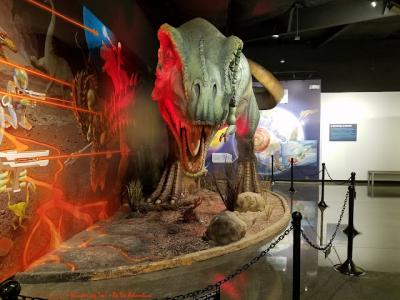 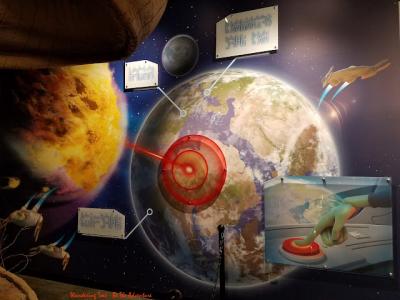 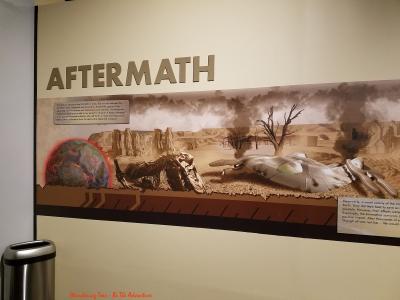 Is Human History a Lie? 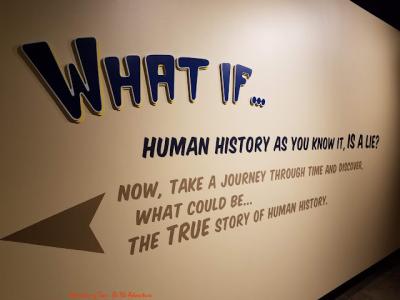 And what if there were "good" aliens and "bad" aliens …. and the "bad" aliens controlled the likes of Hitler while the "good" aliens are responsible for all of the technological advances that have helped society?  They have pictures where you can see an Alien in the background where WWII treaties were signed.  If it's in a picture, it must be true, right? Throw in a few bits of "old stuff" and "stuff we found in the desert"....don't forget the dinosaur bones with suspicious marking. 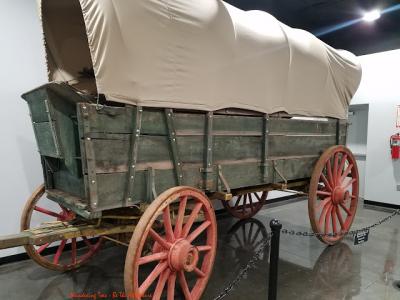 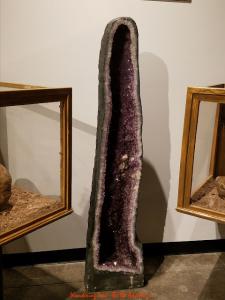 Who Controls Your Mind? 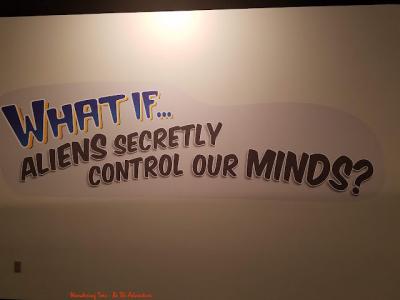 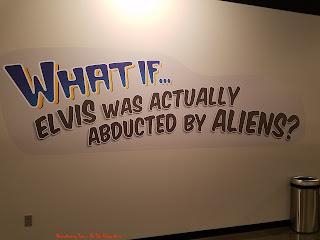 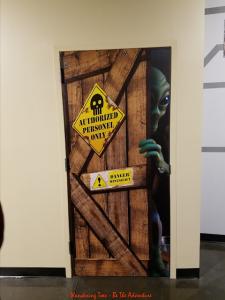 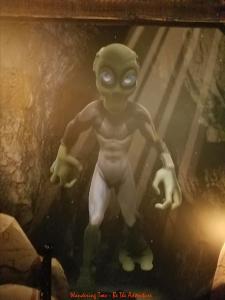 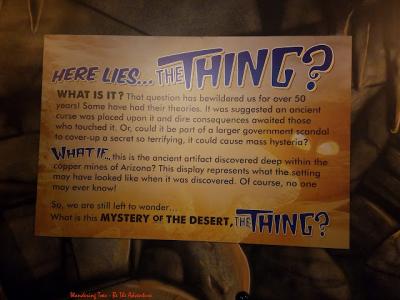 And at the end..."The Thing".....perhaps an alien from prehistoric time.  Who knows?  But how fun to speculate. 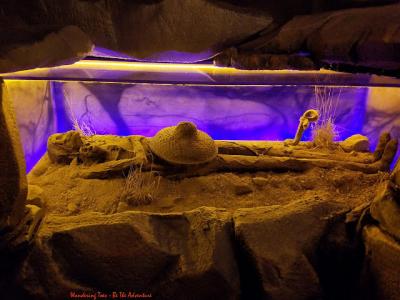 This exhibit reminded us of a bad B movie or a junior high creative writing project.  It was too much fun to turn away, but certainly nothing to take seriously.  Definitely worth our investment of $8 and change for the tour. After the tour, make sure you shop at their gift shop.  In addition to "Thing" tee shirts, there are some pretty cool blankets and moccasins, jewelry and sculptures.  Yep, this is where our cheap date got expensive. 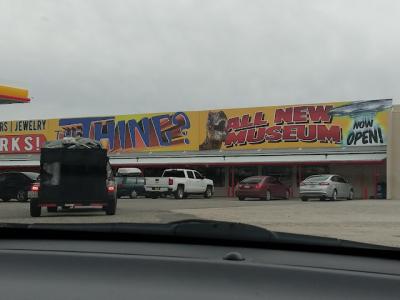