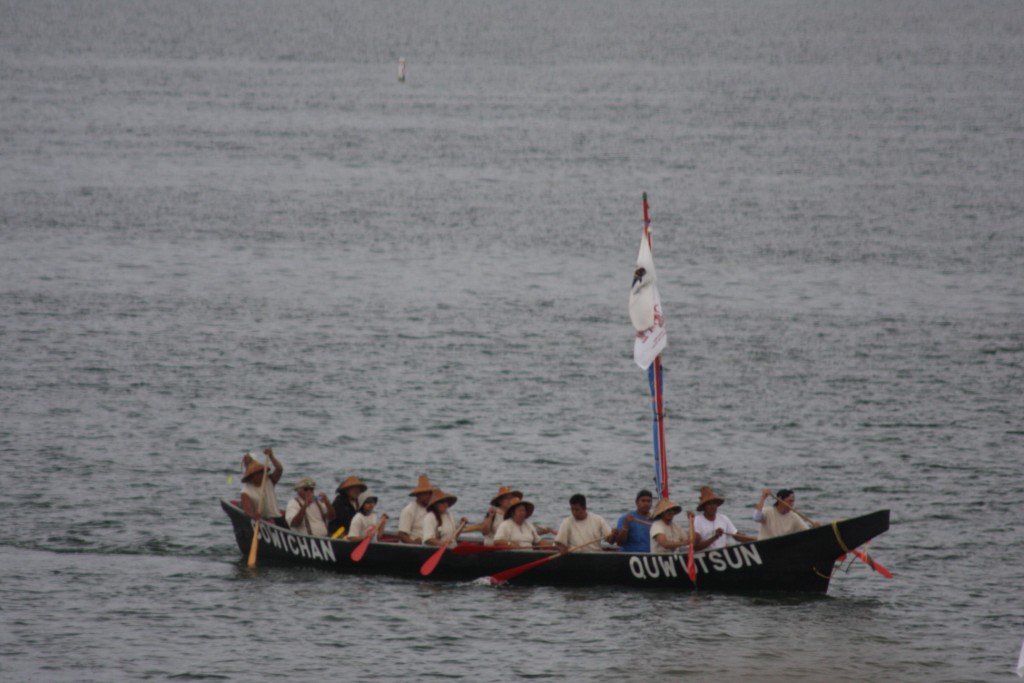 Another of the canoes which arrived. There were 94 individual canoes that arrived in Olympia, WA. Starting as much as a month before arrival, they had made their way from as far away as southern Alaska. When possible they would stop at native villages along the way and then be joined by canoes from those tribes.