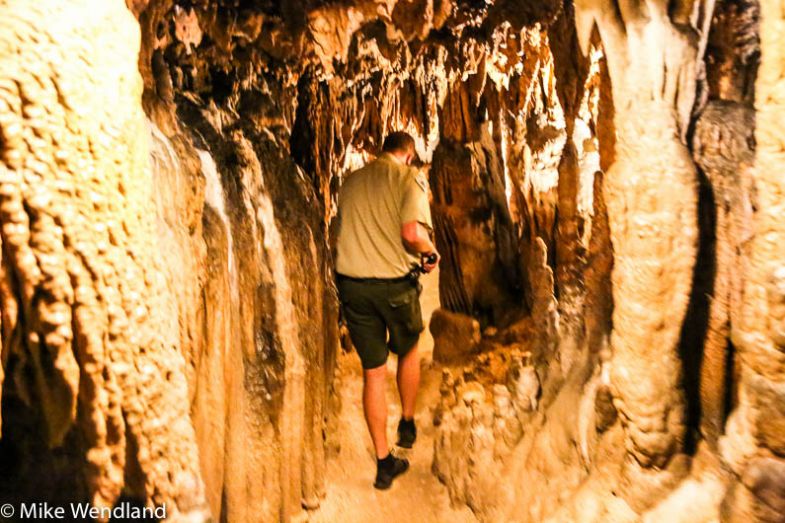 The Florida Caverns State Park is one of those perfect half-a-day side trips, offering a guided tour of a fascinating geologic wonder, some nice hikes and an opportunity to kayak and explore a wilderness river that offers up a blue hole as a bonus.

And at the end of the exploring, there’s a nice campground available, too, if you’re in need of a place to overnight.

Located near the town of Marianna in Florida’s panhandle just off I-10, the underground tour offers inspiring vews of limestone stalactites, stalagmites, soda straws, flowstones and draperies.

Formed about 38 million years ago when sea levels were much higher and the southeastern coastal plain of the United States was submerged. Shells, coral and sediments gradually accumulated on the sea floor. As sea levels fell, these materials hardened into limestone. During the last million years, acidic groundwater dissolved crevices just below the surface creating cave passages large enough to walk through.

You can still see some of those fossilized shells, as well as fish skeletons embedded in the limestone throughout the subterranean system . On the ceiling of one of the underground rooms our guide used his flashlight to show off what he says is an ancient shark’s tooth.

The tour lasts about 45 minutes and reminded us a lot of the Mammoth Cave National Park in Kentucky. Developed in 1935 during the height of the depression by the Civilian Conservation Corps (CCC) and the Works Projects Administration. Both groups emerged from President Roosevelt’s New Deal, established in 1933 to provide jobs to men during the Great Depression.

Using not much more than pickaxes, shovels, wheelbarrows and a flatbed pickup truck, it took nearly a decade to carve out an underground path that wanders between “rooms” of the caverns. Most of the tunnels and caverns are about 25 feet beneath the surface, Subdued lighting runs throughout the system and, like any good cave tour, there will come a moment when the guide will turn off all lighting to show how totally dark it is underground.

Although the tour is not strenuous, there are places where the passages are very narrow and low, meaning you need to be flexible enough to be able to duck down and walk under spots that are no higher than four feet or so.

A welcome bonus in visiting the caverns during the hot and steamy Florida summer is the constant year-round temperature of 65 degrees in the caverns.

Hiking trails run throughout the 1,319-acre park and kayaks can be rented to paddle the Chipola River, which has a deep blue spring – named the Jackson Blue Spring to differentiate between the Florida’s Blue Springs State Park near Orlando – flows at an average rate of 76 million gallons of water a day. With five other smaller springs, it feeds Merritts Mill Pond, a major scenic and recreation area. 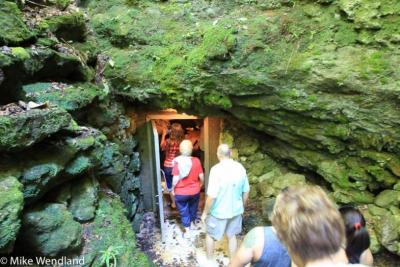 You enter the caverns through a door that takes you 25 feet beneath the surface. 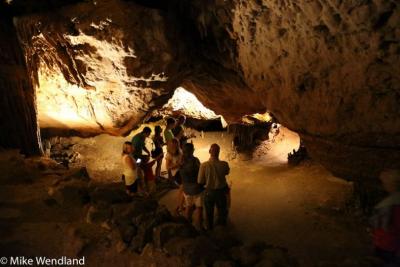 Some of the rooms are quite large. 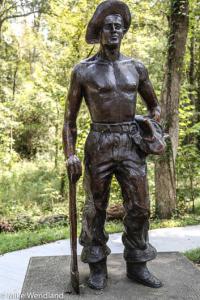 A statue out front honors the nearly 10 years it took for CCC workers to excavate the path through the caverns. 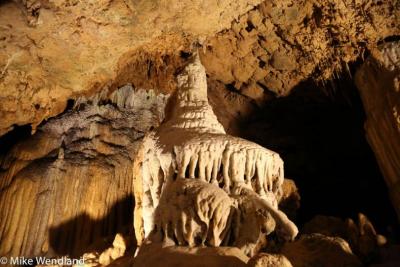 They call this the “Wedding Cake.” 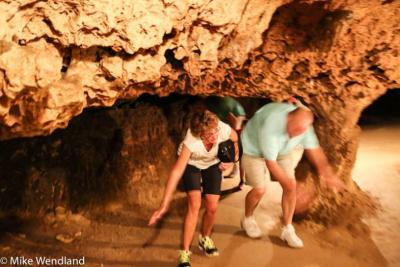 It requires you to stoop to navigate through some of the spots. 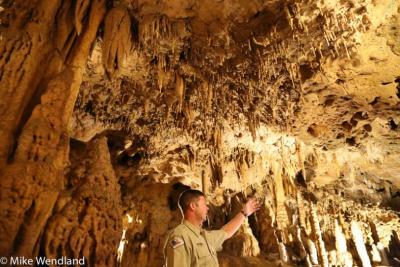 A ranger explains how caverns and caves are made. 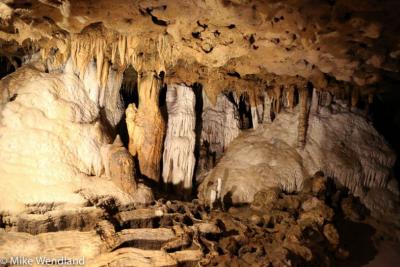