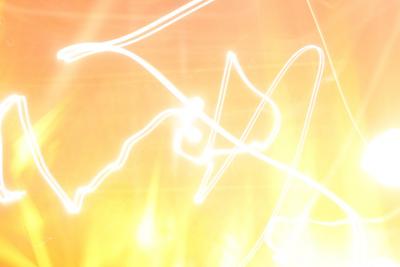 Our second tour was a bus and boat trip to visit Doubtful Fiord and a power plant. Both Louise and I will never pass up a chance to tour a power plant. Combine that with the fiord tour and we were all in. So much so that I packed all my optic equipment for photography and bird watching and then walked out of the campervan without my camera! We were on our way on the tour bus before I realized I didn’t have the camera so there was nothing to be done. I have not a single picture from the trip. I was bummed but determined to make the best of the trip. We did buy the DVD the tour company offered so I’ll have some video memories.

The bus took us about 20 minutes south to Manapouri where we board a boat to take us across Lake Manapouri. Reaching the western shore of the lake we board another bus which took us over the mountains and then down to the shore of Doubtful Fiord. The fiord was named by Lieutenant Cook, the explorer. Later he would be Captain Cook but on this voyage he was a lieutenant. He didn’t think he could safely enter the fiord with his ship and noted on his map that this was a doubtful harbor. The name stuck and it is now known as Doubtful Fiord.

A fiord is a glacial feature. Glaciers scoop out deep steep sided valleys. The ice doesn’t bend easily so the valleys tend to be very straight with only slight curves, not at all like stream valleys. Those who have visited Glacier National Park in the US know what a glacial valley looks like. Going to the Sun Road takes you up into the mountains in one glacial valley, over the pass and then down the other side in another glacial valley. There are numerous small side valleys known as hanging valleys because they come to an abrupt end at a cliff, usually with a waterfall, where they meet the main valley. Now imagine Glacier National Park flooded so the main valley is almost full of water. That is a fiord. They are deep and steep sided. In this case, there were large glaciers that combined to make the main glacier and there are several arms that come off the fiord. It is rugged and quite beautiful.

It rained lightly during our tour and there was a brisk cool north wind which only added to the atmosphere. We still were able to see the mountain tops and the scenery but it kept us indoors more than we usually would be. We enjoyed the views of the mountains, islands in the fiord and the view up into the side fiords. As we approached the mouth of the fiord the calm waters became more active. We entered the Tasman Sea just briefly as the waves began to toss the ship around. Retreating back into the fiord we toured several of the arms.

At one point all engines on the boat were shut down including the generator. For about five minutes we were completely silent. People were asked not to take pictures if their camera made noise and also asked not to walk around the ship. Complete silence was observed and it was wonderful. We could hear the birds, waves on the shore and wind in the trees. This land is truly remote and wild. Much of it is dedicated to bringing back some of the almost extinct native birds in New Zealand. Islands provide controlled areas where predators can be eliminated and birds can reproduce naturally without the introduced competition and predation that has almost eliminated them.

Returning to the land between the fiord and Lake Manapouri we took the bus back to the lake. Before reaching the lake we stopped at the Manapouri Hydroelectric Power Plant. This engineering feat was built in 1972. More than 6 miles of tunnels were dug to connect Lake Manapouri with Doubtful Fiord. The resulting 600 foot drop provides plenty of energy to turn turbines to generate electrical power. The power plant is at the base of this 600 feet, deep in the rocks below Lake Manapouri. Eighty five percent of the power generated is used by an aluminum smelter on the southern shore of the South Island. Aluminum smelting is a very high energy process and wherever it is done, a great source of energy is needed. This is one of my motivations for being a real diligent aluminum recycler. Recycling aluminum requires only one tenth of the power that it takes to turn bauxite into aluminum. Other metals also recycle with less energy than the original purification but aluminum by far produces the greatest energy savings.

The bus driver took us down a mile and half tunnel to the power plant, turned the bus around and brought us back out. This in itself was quite a feat, something that driving a motor home really gives one an appreciation that others might not have. Despite this, she received a nice round of applause after completing the turn-around using a very tiny alcove in the tunnel.

Returning to Te Anau, Louise and I needed to pick up a few groceries and a few other supplies. We walked from the park into town, a matter of three or four blocks. There is an Italian Pizza Ristorante in Te Anau so we stopped for a pizza cooked in a wood fired oven. We’ve been eating most meals in the campervan and this was a well-deserved break for Louise. We had a great pizza with a glass of New Zealand beer.