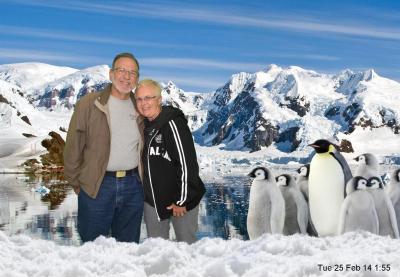 Leaving Fairley on Monday morning we drove through farmlands with the first real crops we had seen in New Zealand. We had seen many hay fields but these were wheat and corn fields, cultivated crops. We stopped to enjoy the view from a high vantage point overlooking this agricultural land. Traveling along, we had a running debate on where to go next.

The first 40 kilometers would get us back to the main roads and from there we had choices. We could take NZ 1 directly to Christchurch or we could travel an inland road, less traveled, more scenic and still go to Christchurch or we could take a detour into the mountains t Arthur’s Pass. The latter would involve putting off our trip to Christchurch for one more day. We rather quickly decided the trip into the mountains would cut us short for our stay in Christchurch. We were going to be there for four nights and if we took one away, that would leave us just three days in Christchurch. One of those days would be largely dedicated to packing up our luggage and turning in the campervan.

The winner was NZ 1, we bit the bullet and joined the traffic on its way into Christchurch. The TOP 10 Holiday Park was located on the west side of town near the airport so we had a bit of city traffic before we got to the park. As we traveled along, we ran into several sections of road that were narrowed to a single lane by road work. We were to see later that this is a very common sight in Christchurch.

Once we got our campsite assigned, we got a settled and went to bed early. The next morning we slept in, making up for our late night of astronomy. The bus stop was just a block from the park and we took the bus right from our park to the International Antarctic Centre (IAC). Christchurch is the staging area for scientific teams from many countries on their way to Antarctica. The IAC is a public facility dedicated to the memory of those who explored the South Pole and the continuing study of the continent of Antarctica. In fact, from the entrance to the IAC you can see a large hangar on the Christchurch Airport which has the logo of the United States Antarctic Program which is operated by the National Science Foundation.

We had a fun and informative afternoon at the IAC. There is a 4D movie (3D with moving seats and other special effects to increase the reality) of a trip to Antarctica. We rode in a Haaglund, the tracked vehicle which is used for transport over the snow and ice. The driver took us up over steep hills and down into a pool of water where we floated to the other side driven by the spinning tank tracks. There were ducks swimming outside our window! We put on parkas and experienced a winter storm on Antarctica in a refrigerated room with winds up to 35 miles per hour. I was glad I didn't wear shorts that day! We watched the staff feed the blue penguins, not native to Antarctica but native in the Christchurch area. These were rescue penguins, injured or otherwise unable to fend for themselves in the wild. From the ads for the IAC, I wasn't sure it was anything more than an entertainment place for kids but it was so much more. I would highly recommend this place if you get to Christchurch. It's almost like going to Antarctica and a whole lot cheaper!

On our way home we stopped at the Northland Shopping Center to see what was there. We arrived just as they were closing up shop. So we walked the six blocks back to the holiday park and called it a night.