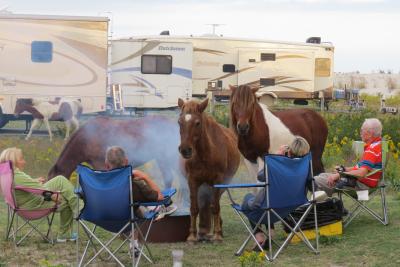 Assateague Island is a barrier island on Maryland's eastern sea shore. Its one of 10 protected National Seashores. Its got miles and miles of unspoiled beaches. Its also known for its wild feral horses that roam the island. The horses have their origins back to colonial times when colonists released horses for grazing on the island.

The 37 mile long island is a large undeveloped barrier island off the Delmarva peninsula. Its protected on the northern end by Assateague State Park. The state park has a large campground (350 sites) and provides beach and bay access. The lower part is protected by the Assateague Island National Seashore and the Chincoteague National Wildlife Refuge. The National Seashore has two camping areas with a total of about 100 sites. If you're into rustic beachside camping and love the ocean, it doesn't get much better than Assateague Island.

Assateague Island is about 10 miles south from Ocean City. Along this short distance you experience a dramatic landscape change going from over developed condo / retail land to rural countryside to barren island. On our way there, we stopped at the National Seashore Visitor Center. The Visitor Center is on the mainland before you cross over to the island. It has good information about the island, some exhibits, and a short movie about the wild horses that is worth watching. 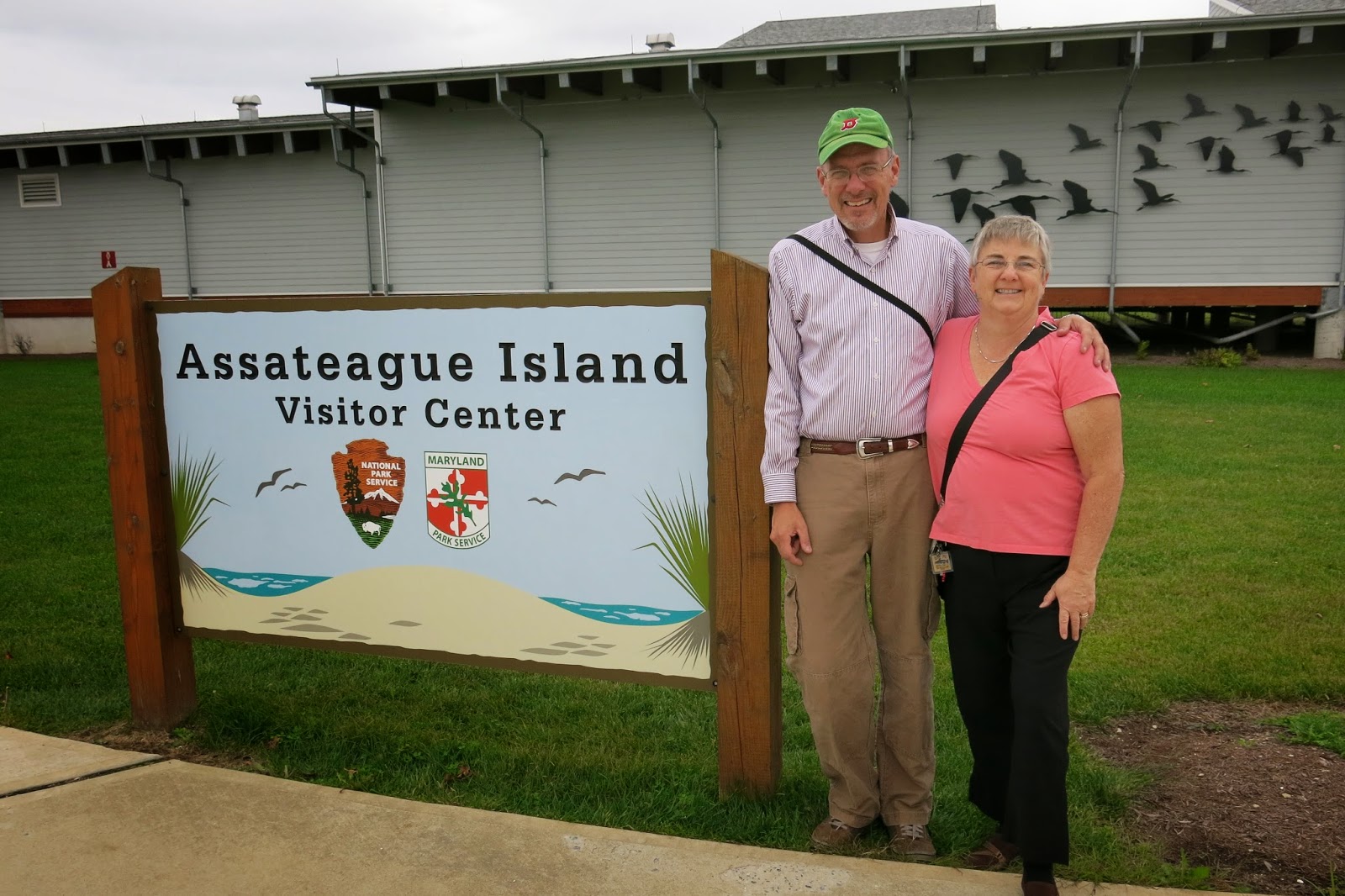 Assateague Island is undeveloped, which is what makes it so special. There's no stores, no houses, no gas stations, no ATM's. On our first day, we spent a couple of hours exploring the National Seashore. There’s some hiking trails, a picnic area, and a boat launch area on the bay side. The bay side is popular for kayaking. There are two main beaches on the ocean side with large parking areas. The beach is much like the Outer Banks with endless miles of beaches, high dunes, heavy surf, and lots of salt spray. There’s a nice bike path that starts at the Visitor Center, goes over its own bridge, and follows the paved road on the island until it terminus. To drive beyond the paved road onto the beach requires and off road permit and a four wheel drive vehicle. 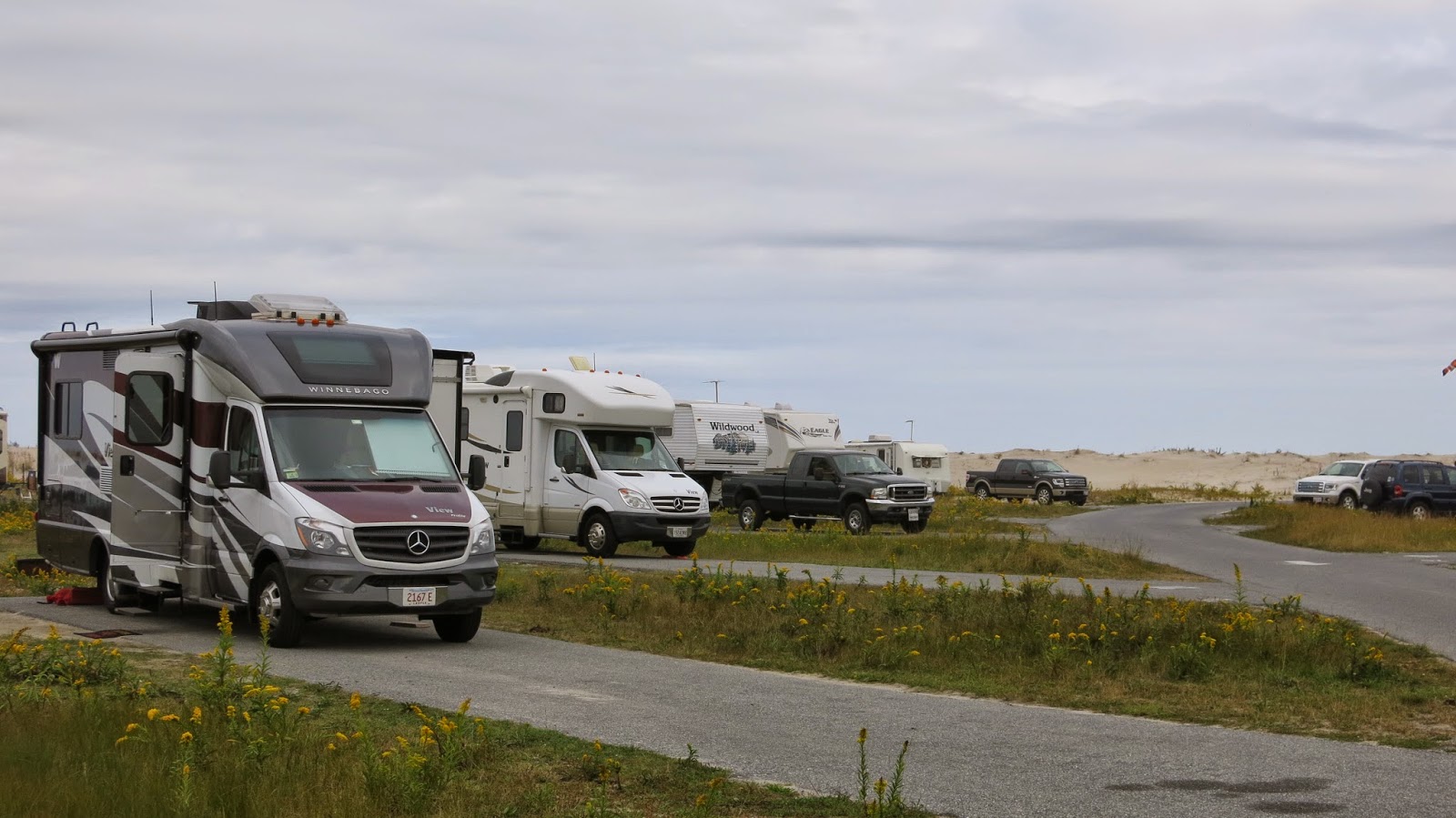 We stayed at the State Park campground because the facilities are better (hot showers vs cold) than the National Seashore campground and it has a section with electrical hookups. The campground borders the beach and the water is just steps away. It’s a very open camping setting with little to no protection from sun and wind. The campsites and roads are all paved and well spaced. There are bath houses with showers in each camping loop. There's one dump station for the entire campground. Camping at Assateague Island is very popular. The campgrounds recommend reservations during the peak summer and fall months. I had made my original reservations 10 months in advance for a spot in the State Park section that has electrical hookups (H Loop).

There’s evidence of the wild horses everywhere (i.e. horse droppings) and they are readily seen. On the Maryland section of the island the herd of wild horses numbers about 100. The horses run wild foraging on grasses, tree bark, and plants. They group themselves into bands consisting of about 5-6 horses. Each band is led by a male stallion who protects his harem of mares and folds. The horses are all over the place – in roads, parking lots, beach, and campgrounds. The horses aren’t tame but they are unafraid of humans and do not appear aggressive. But they will bite and kick. The Park Service manages the size of the herd by vaccinating the mares to limit their ability to reproduce. They do this with dart guns to inject the horses from a distance. The Virginia section has a herd of about 140 horses. This herd runs wild but is owned and managed by a local firefighters group. There’s an annual round up of these horses and a certain number of folds are sold off each year as a fund raiser.

On our first day we saw horses in the National Seashore and right in the State Park campground. They were right near the campers grazing, joining in on camp fires, and seemingly begging for a handout. Here are some pictures. 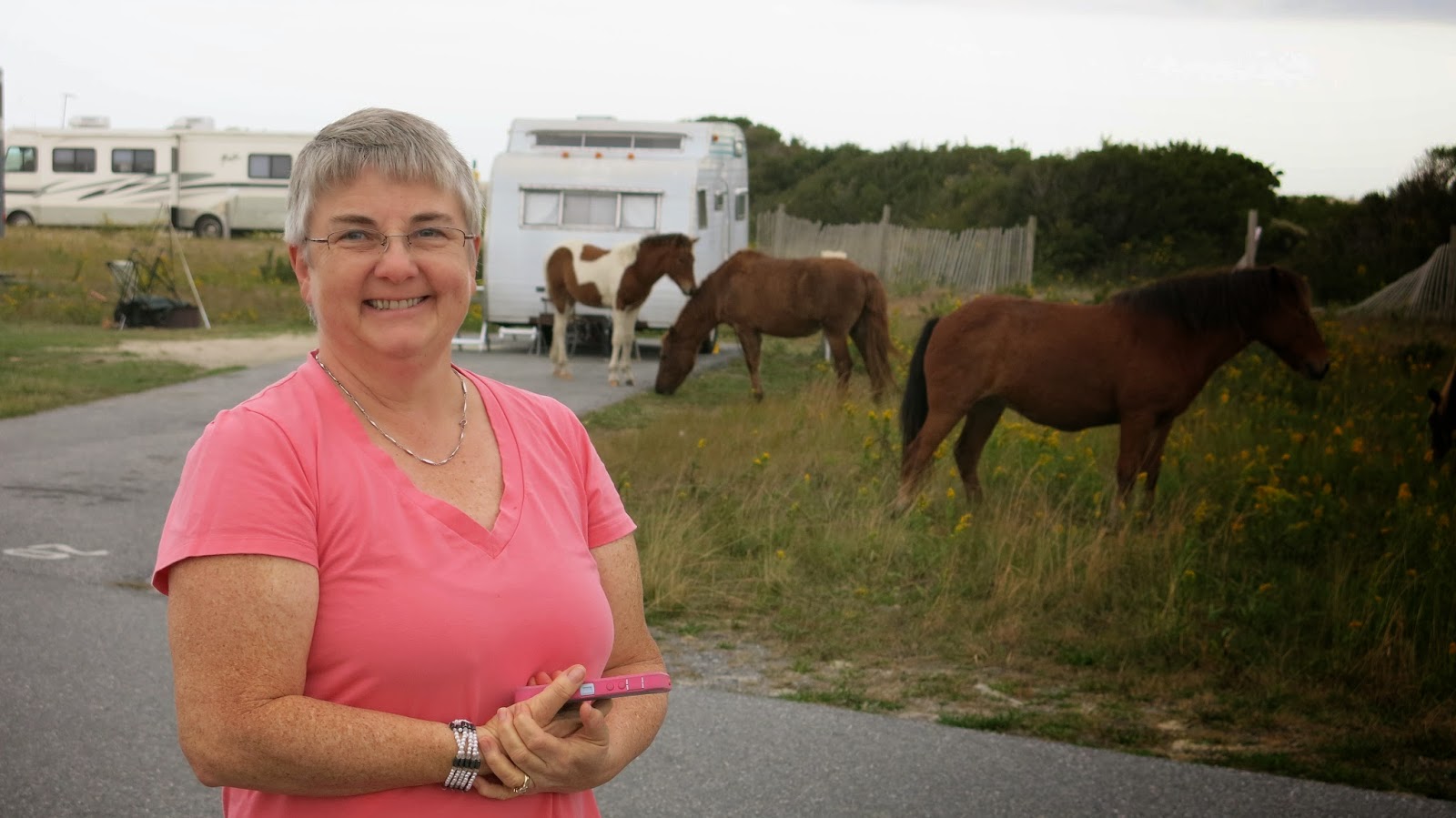 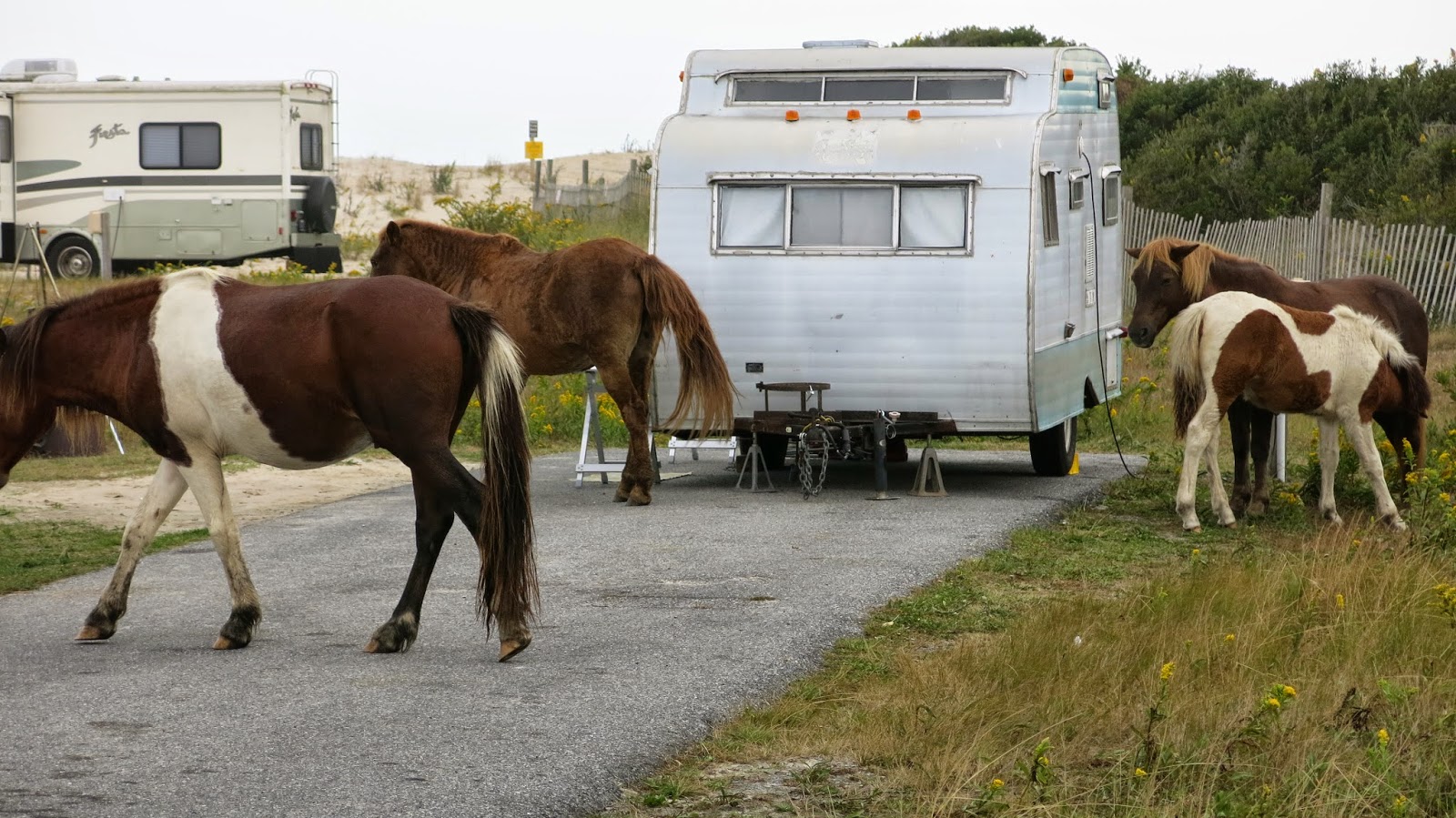 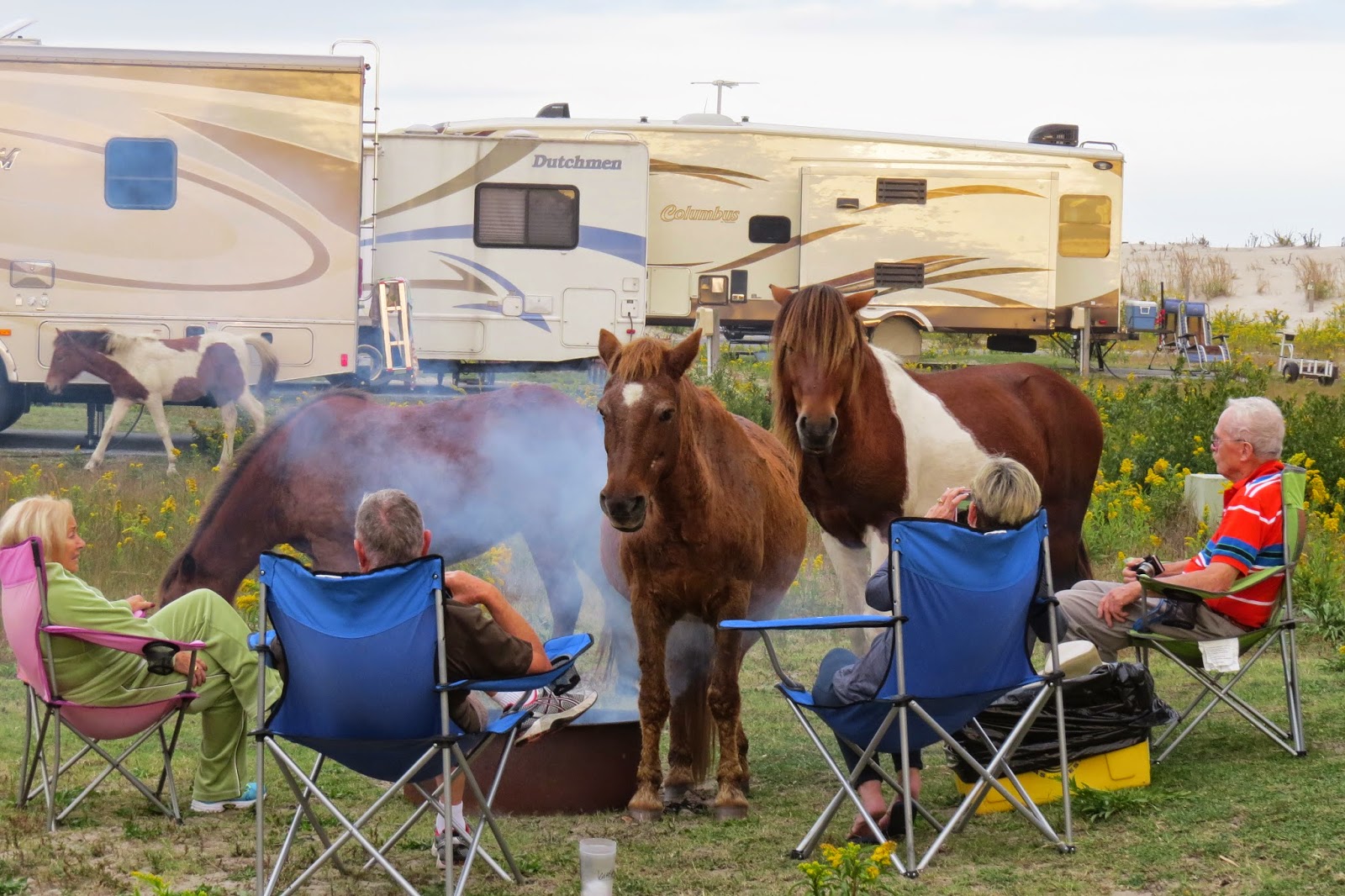 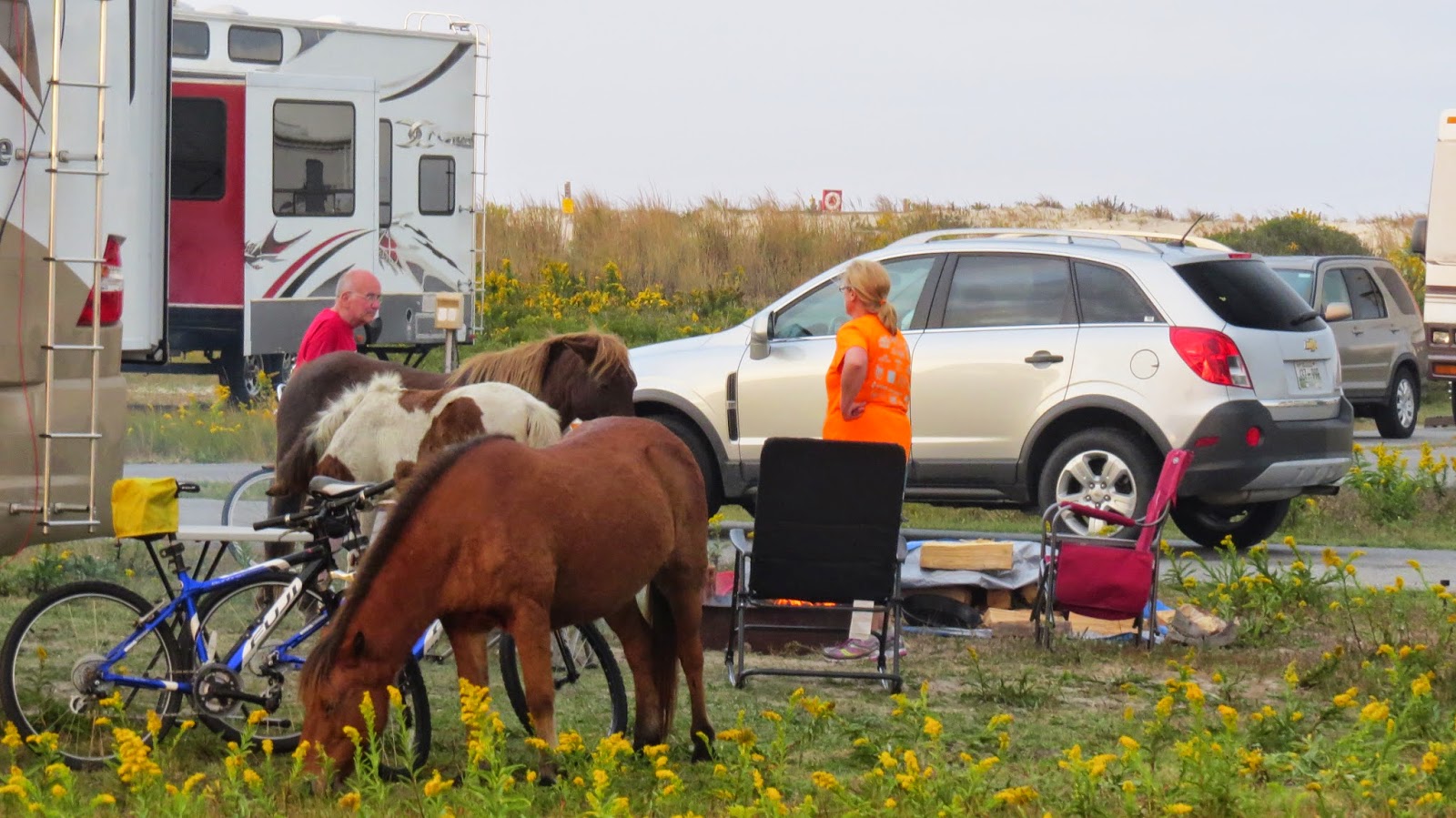 During our stay over Columbus Day weekend, it was warm (mid 70's) and partially sunny. We have some beautiful beach weather on our second day. The wind blew constantly at 15-20 mph and surf was heavy. Our loop in the campground was full but elsewhere it was pretty empty. The State Park campground is open until the end of October. 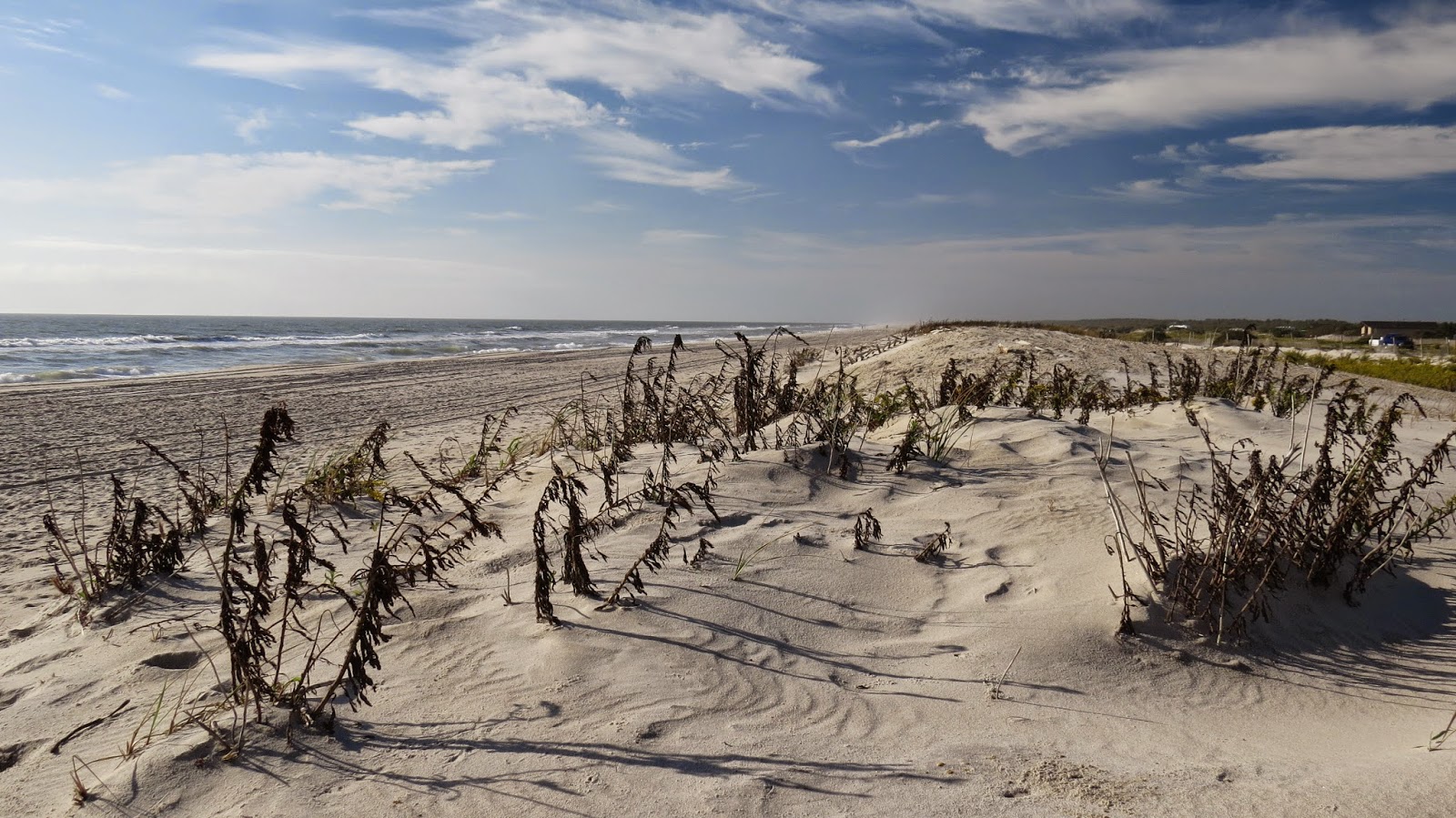 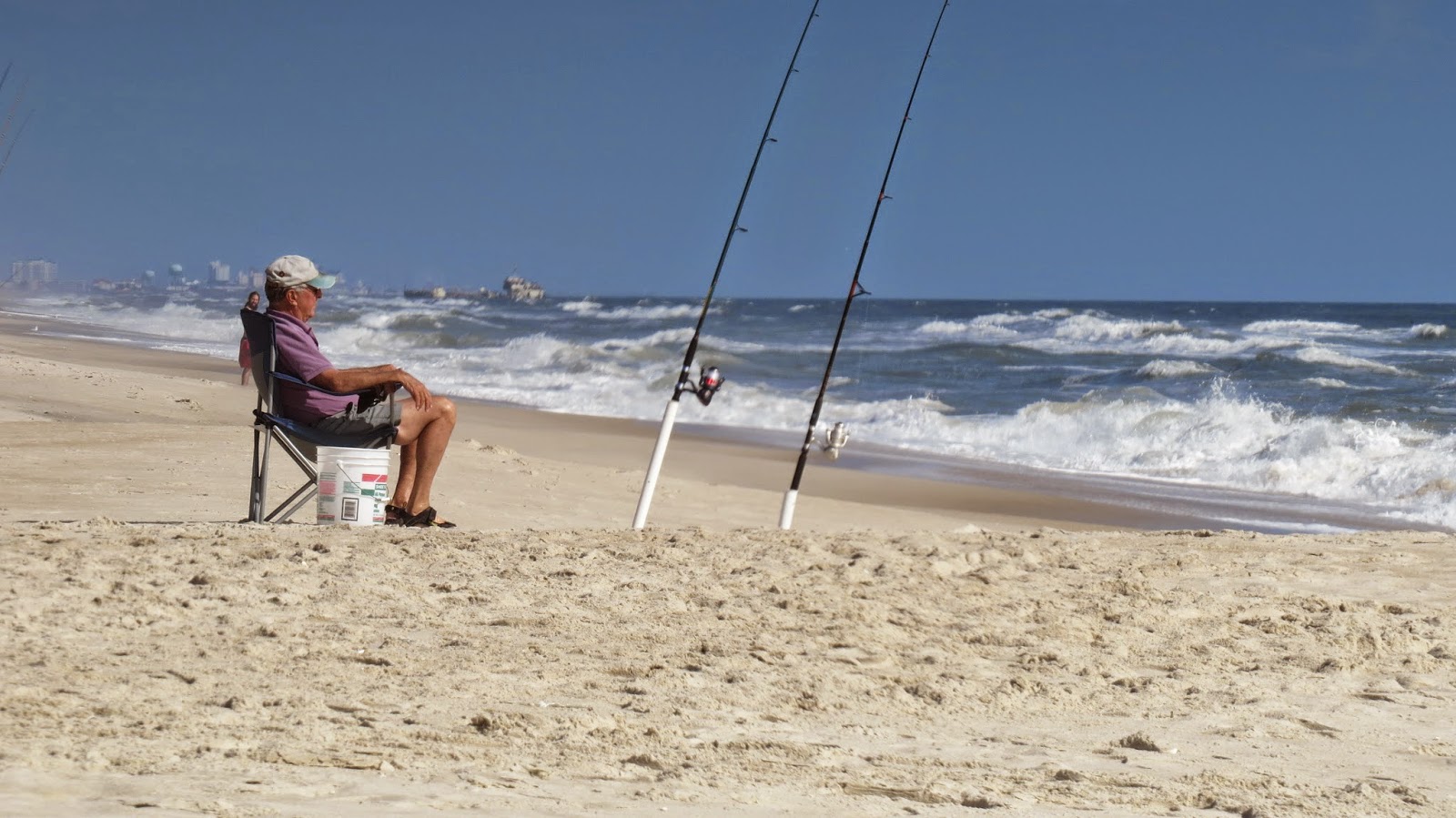 A popular activity on Assateague Island

Assateague Island is great RV destination. Camping here reminded me of Cape Hatteras National Seashore, Cumberland Island in Georgia, and St. Josephs Peninsula in Florida. All barrier islands, remote, and unspoiled. They’re all harsh places beaten by weather. The air is moist with salt spray and it quickly covers everything. The wind blows constantly. The roar of the ocean is ever present. All are beautiful places. 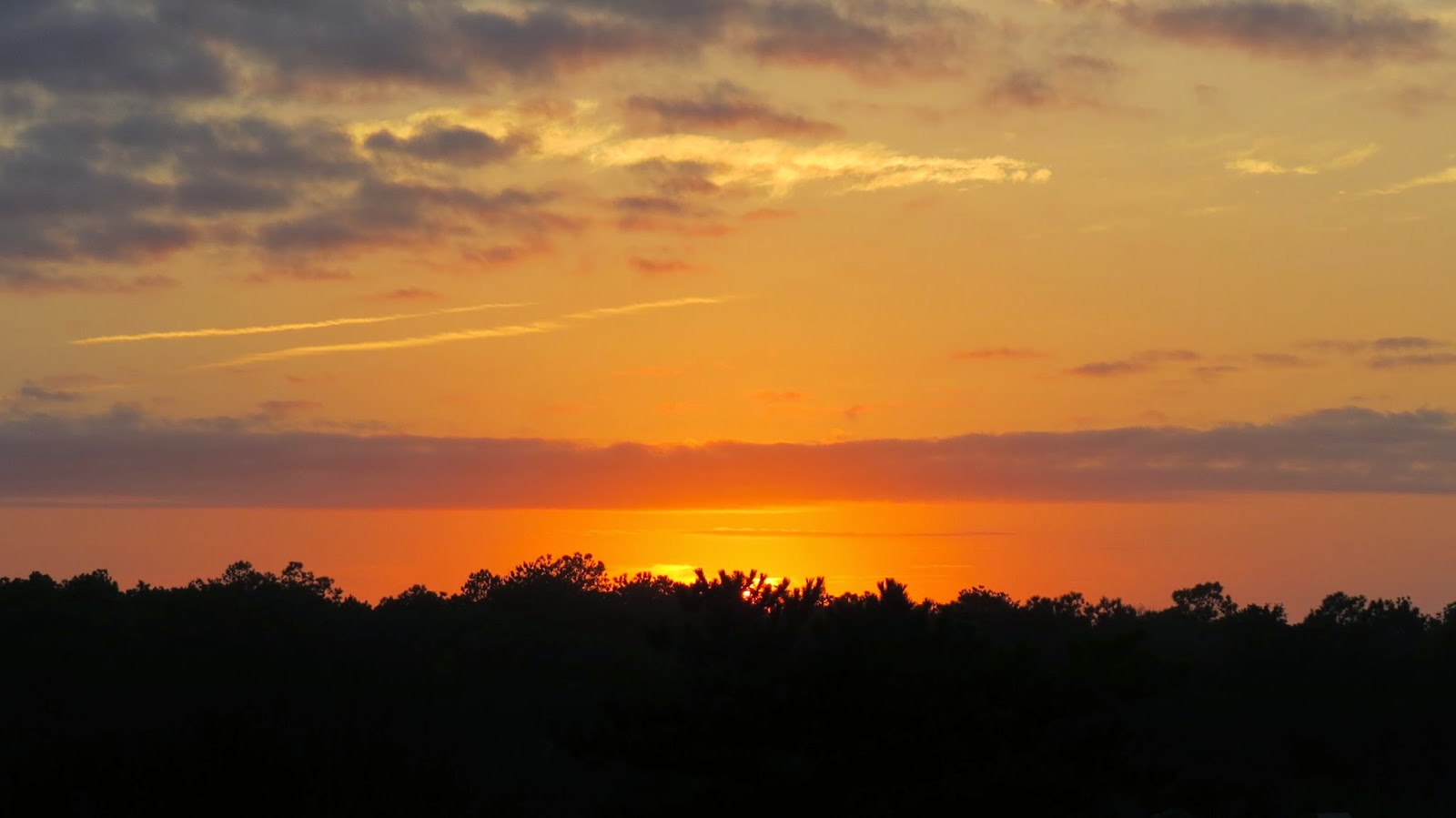 Sunset over the bay 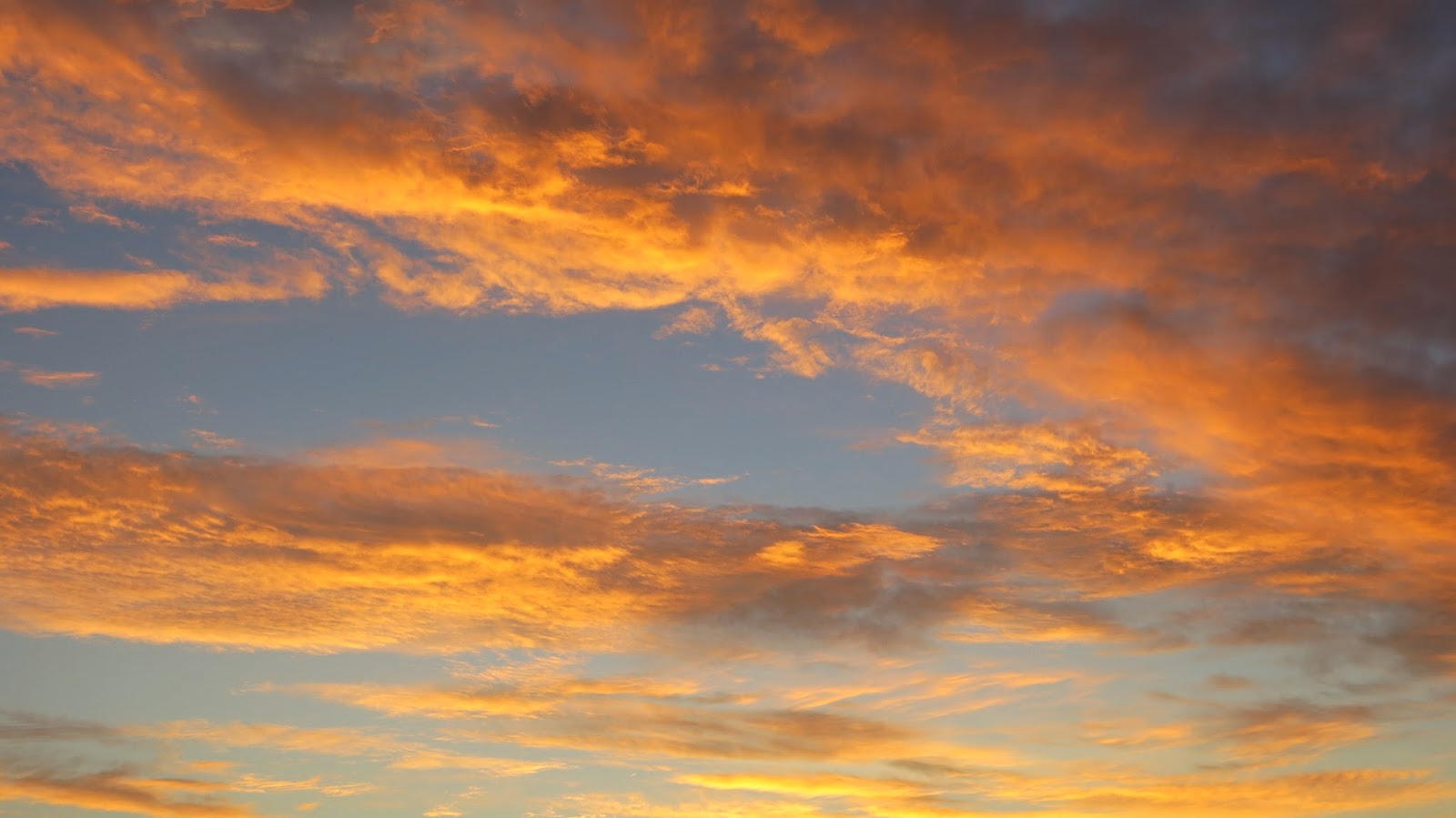 Sunrise over the ocean