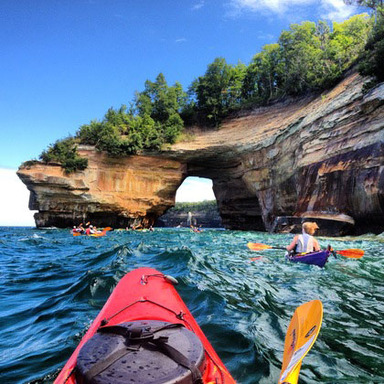 I’ve spent much of the past two months using my spare time to study photography, though online courses, books and some classroom work. I also, gulp, bought a professional grade camera and have been learning its ins and out, too. All this in preparation for our RV visits to various National Parks across the country.

This year, I’m going to concentrate even more out there on photography, spurred on by the annual photo contest sponsored by the National Park Foundation.

After that we head west. To Glacier. Yellowstone. The Canyonlands and more. In the fall, the Great Smoky Mountains National park is on the planned trip list. So is another visit to Everglades National Park.

I’ve been browsing this year’s winners. I can’t wait to get out there.

A complete list of 2013 winners and their photos are available for viewing at www.nationalparks.org/photowinners.

The National Park Foundation, the official charity of America’s national parks, is the main sponsor of the annual contest, which encourages amateur photographers to explore the nation’s federal lands and share their experiences by capturing and submitting their favorite shots. The winning picture may also be featured on the annual Federal Recreational Lands Pass.

The grand prize for the winning image is $10,000, followed by $5,000 and $3,000 for second and third place, in addition to outdoor gear provided by Celestron, hotel packages courtesy of Historic Hotels of America, and an annual Federal Recreational Lands Pass. There are also prizes for fan favorites and the following six category winners:

Share the Experience is the official photo contest of America’s national parks and federal recreation lands. The 2014 contest is sponsored by the National Park Foundation, ACTIVE Network, and Celestron in partnership with the National Park Service, the Bureau of Land Management, the Bureau of Reclamation, the U.S. Fish and Wildlife Service, the U.S. Forest Service, and Recreation.gov. The contest entries showcase the more than 500 million acres of federal lands and draws entries from all across the United States.

Bookmark this post. To enter a photo for this year’s contest, go to: http://www.sharetheexperience.org/

See you out there …