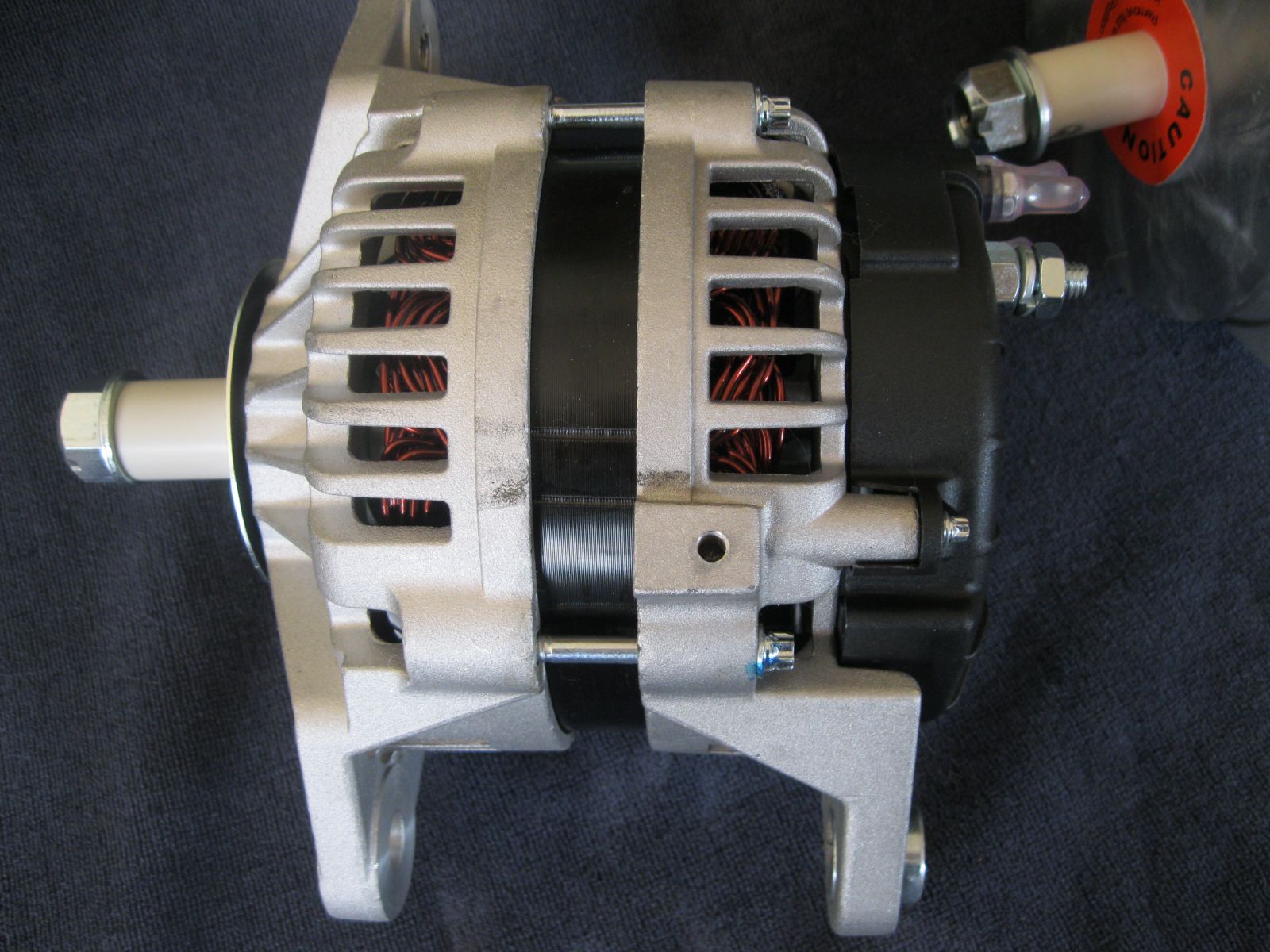 This is a 200 Amp, 14.5 Volt alternator that I installed in place of the OEM SI-21 Series Alternator that was on the Coach. This unit has 2 internal fans that I hope will keep the internal temperature within a range that the regulator likes, to prevent the thermal failures that have plagued me over the years using the SI 21 series alternators.

The change out required wiring changes to the exciter / key circuit at the alternator itself and one 12 volt wire from the battery positive circuit.

The OEM unit was replaced twice and rebuilt twice using different regulators. I was trying to fine parts that would withstand the heat in the engine compartment on my Diesel Pusher.