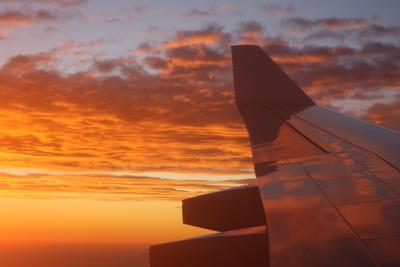 We’ve been touring Australia for almost three months now. Along the way we’ve collected some souvenirs for ourselves and for our friends and family. When we started this trip our bags were packed to the limit. We investigated shipping the souvenirs and some of the clothing we would not need on the cruise back to the US. Every query ended up with prices that were extreme for even a small package. Then in a discussion with a park ranger at Monkey Mia we found out about something different. She suggested using Sea Mail offered by the Australian Post. She had shipped her goods from Britain to Australia that way and said it was an economical alternative. We investigated and found the prices that UPS, DHL, FedEx charged for a two pound package would pay for a 20 kilogram package shipped Sea Mail. The difference of course is that the Sea Mail package will arrive in 60 to 90 days instead of two days. That was perfect for our needs. We didn’t need to have the materials in hand quickly. So we purchased packing materials and loaded up two boxes. The amount of materials that we wanted to ship back were too much for one box so we split it into two boxes of 13 and 14 kilograms each. That is 27 kilograms or 60 pounds of goods we shipped back to the US. This took care of the excess we had purchased on the trip so far and also lightened the load in our suitcases.

Shipping was accomplished on Wednesday before our Friday morning flight. Thursday was pack the bags day and also clean the camper day. We set out suitcases on the benches in the rear of the camper. Frist Louise packed the majority of her clothes and goods and then I took my turn. There isn’t enough room in the camper for both of us to be moving around at the same time. Louise did a final load of laundry and while she did that I packed my clothes and goods. Clothes were laid out for the next days flight and then everything was given a good cleaning. We didn’t wash the outside of the camper, that was not required but all the dishes and cabinets had to be left clean. The linens and towels didn’t have to be washed. Those would be left on the bed when we turned in the camper.

Thursday night it rained. It rained hard off and on all night. By morning I was getting anxious about the final work of disconnecting the utilities, electric and grey water. It was going to be messy. We were parked on a sandy lot and nothing sticks to things like wet sand. If the rain continued I was going to get soaked in the process. Just before sunrise the rain quit. I got up and made a trip to the restroom. Several people were busy packing up to leave while the rain had stopped. I think everyone was thinking the same thing I was, get out quick before it starts to rain again.

We had a quick breakfast, washed the dishes and disconnected. I washed down the hose and electric cord as I rolled them up. Then a last bit of packing and we left the park at 8:30 a.m. I took Louise to the airport and left her there with all of our baggage except my brief case which had the Britz documents and my records from the rental. The GPS showed me just a few kilometers from the Britz office. Ten minutes and I was there. I had called Britz on Wednesday to confirm their hours of operation. I was told they didn’t open until ten and our flight was scheduled for 11:30. The agent I talked to said he would be there at 8:30 and he could get me checked out at that time and offered to arrange a cab to the airport as well. He also confirmed for me that I would be able to take the campervan to the airport, it would be allowed in the drop off area which is something that isn’t allowed at most US airports. Anyway, he was there and after a brief look at the camper, a cab was called and I was on my way back to the airport.

I met Louise in a coffee shop where she was waiting and we went to check our luggage. We got a surprise. The tickets I had booked with Virgin Australia didn’t include checked baggage. That was an additional charge. The Expedia confirmation didn’t say that baggage wasn’t included it just said that additional charges may apply for baggage. So we paid for shipping our bags and then were off to the security check. Once through security we had about an hour wait for the boarding call.

Our plane was an Airbus 300-200, a wide bodied plane for this cross country flight. I was expecting a smaller plane but was pleased by the wide body plane. It takes just under four hours to fly across the country from Perth on the west coast to Sydney on the east coast. There was also a two hour time change for the time zone difference. We arrived just after sunset. I was able to photograph a spectacular sunset from the airplane. It took less than 30 seconds for the sun to disappear below the horizon once its lower limb touched the horizon.

By the time we landed and got out of the airport it was dark. We picked up our luggage and found the taxi line. A $40 ride got us to our hotel in the Chinatown area west of downtown Sydney. We are right across the street from a large shopping market with three stories above ground and another story below ground. The lowest level is a vegetable market and has other vendors with booths selling other products, rather like a large flea market. Above the basement level are two stories of shops and stores including a large grocery store. The top floor is the food court. We got a simple dinner in the food court and then walked around the neighborhood.