Went solo in 2016 and became an install full-timer.  Spent a few months bouncing around then found out about the Workamper system and became a fan.  My goal is to work the winter months and travel and see the sights in the summer months.  Still working on that one!

I have a '97 Fleetwood Discovery M36RS diesel pusher that I have done a lot of work to, it is my home and I like it to look good!!!!  Isn't vanity wonderful!

Originally born and raised in England, got my BSc in Electronics which immediately became redundant with the advent of the Transistor!  Now we have micro ships... holy cow!  After I graduated I changed my life and became a full time Roadie for Rock acts in England, one of those acts bought me to America for a tour and I stayed behind after the tour for a vacation and never looked back!  14 years later after a reasonably successful but short career as a lighting designer (MTV came about and killed off touring).  Became a self taught computer programmer for the next 25+ years.  Took a couple of years off to sail my own 36ft boat across the South Pacific.  Retired in 2009 due to a broken heart... no really I had a massive heart attack and several stents inserted then open heart surgery, triple bypass, pacemaker inserted and that was it the stress was too much and I was retired off with disability in 2009.

Finally sold my beloved 1974 Islander 36ft sloop "Mouse Pad" sail boat in 2013 and bought a 1997 Fleetwood Discovery 36ft diesel pusher "Land Yacht" and the story goes on from there to today... 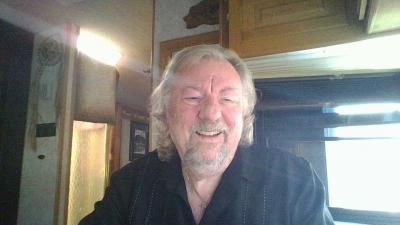