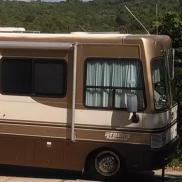 Keep Mice/rodents Out Of Power Compartment

By rhinderber, July 1, 2017 in General Discussion